Love over fear in healthcare

John Sturrock will be speaking at the President’s Conference on 6-7 October 2021. In this blog John Sturrock previews his talk about choosing love over fear in healthcare. 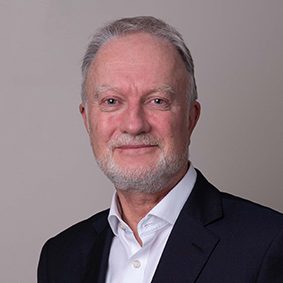 I write as a professional mediator who has viewed all sorts of conflict and disputes from a variety of perspectives over the past twenty years. In 2019, I also had the privilege of undertaking a review of, and reporting on, allegations of bullying and harassment in NHS Highland, at the invitation of the Health Secretary. I look forward to addressing the President’s Conference in October.

One of the catchphrases in my report into events in NHS Highland two years ago was: “Fear cannot be the driver”. That was prompted by the realisation that many of the human difficulties which occur in the NHS and elsewhere are driven by underlying fear. Fear of being found wanting, of being found out, of being shamed or humiliated, of being blamed or criticised, of not meeting targets and being penalised, of not coping or appearing weak, or of just not meeting expectations, however unrealistic these might be.

Fear like this can be insidious, demoralising, tiring, demotivating, frightening even. It can certainly lead to sub-optimal performance, especially if anxiety becomes widespread. We know that fear can manifest itself in feelings of threat, of anticipated loss (whether of job, earnings, security or status) and that this can result in outbreaks of emotion, sadness and sometimes anger or other aggression directed towards others.

When we feel danger, self-protection, a primitive and essential resource for physical survival but much less useful in social situations, kicks in quickly. This may present symptomatically as anger. The angrier the mask, the more threatened we may actually be feeling. This can so easily overflow into what may be perceived by others as bullying or harassment.

And those perceived as the bullies tragically often feel bullied themselves as the fear rebounds up and down and in and around the system. All of this may become institutionalised, especially if behaviour coming from the top is unhealthy. Dysfunction may fester and spread.

There are so many layers. Underneath the symptoms of anger and aggression, we recognise fear. Strip that away, we are told, and there lies a deeper need, to be loved, appreciated, acknowledged, accepted for who we are and for what we are trying to do.

And yet, so often we look for scapegoats as we seek comfort in our tribes and echo chambers and simply reinforce our assumptions and beliefs, ignoring the often obvious alternative points of view – confirmation bias and wilful blindness kick in. They say we’re not divided by our differences but our judgments about each other. Them and us.  Villains and victims.

The binary, adversarial world of right and wrong, black and white, in and out, win and lose, discipline and grievance. A transactional world in which we tend to be treated more like widgets than highly complex multi-layered human beings. Where what separates us is given more importance than what we have in common, which is always far greater.

What to do? For me, this is where the title of my talk to the President’s Conference, “Love over Fear”, comes in. But we’re so afraid, embarrassed even, to use that word “love”, with its connotations of softness and touchy feeliness. Perhaps we should call it compassion… or kindness. Whatever word we use, it is not soft at all. It’s hard to do kindness and compassion really well. To love is demanding.

To see others, including those who do you wrong, through the lens of compassion, to seek to understand them, takes great courage and self-discipline. To understand that there are, almost invariably, two or more sides to every story: “they” may be just as “right” as you are.  Or, as was once said, in retrospect everyone is “wrong”. It just depends on your perspective, your standpoint.

To be able to talk openly and candidly, without fear, in safety and security, about what matters to you, is vital. To do so, you don’t have to be great buddies with those with whom you work but you do need to respect them and feel respected by them. I would argue that building relationships of respect and trust deserve the same resources and infrastructure as we devote, say, to technological skills.

There’s much more to say. I look forward to the Conference.