We’ve published the results of a survey we conducted in February 2020 on the wellbeing of consultant physicians, 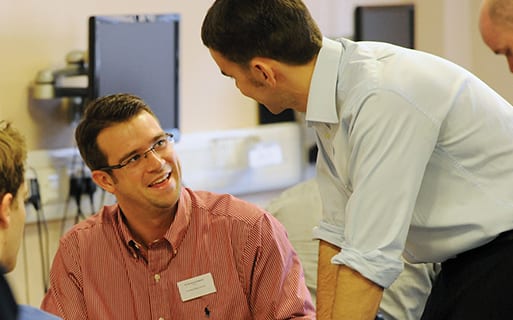 It’s an age-old adage that we can’t have well patients without healthy doctors (writes Richard Hull and Nigel Trudgill). As the first stage of the COVID-19 public health crisis comes to an end, it’s vital that we understand what it takes to keep doctors physically and mentally healthy, and do everything we can to ensure that medical staff within the health service are prepared for the hard work to come in the months and years ahead.

In February this year, just before the pandemic began, our College joined with the Royal College of Physicians of London and the Royal College of Physicians of Edinburgh to commission a survey of UK consultant physicians. The work, which  built on two previous annual surveys and was carried out on our behalf by workforce experts at the RCP London’s Medical Workforce Unit (MWU) asked this group a range of questions about their wellbeing during the previous year. 2,644 consultants responded.

What we found was disappointing, if unsurprising.

Just under half – 49% – said morale was worse than a year ago and only 12% reported that it had improved. Linked to this, respondents continued to report that they faced pressure from high workloads:

Consultants at highest burnout risk were the least likely to have taken their full leave allocation for the last year (only 54%).

So what are the main factors which adversely impact on wellbeing? Our survey identified the following issues as those that had the most common adverse impact: Answering complaints 17%

73% felt supported by colleagues during their complaint or investigation and but only 47% by their organisation.

16% of respondents had become a consultant in the past five years. 39% reported that this had adversely affected their wellbeing.

53% of consultants had undertaken a medical leadership role in the past five years. 54% reported that this had adversely affected their wellbeing.

Medicine has always relied on mutually supportive teams. Discussing work-related issues with colleagues, eating together and meeting outside work develops and reinforces such bonds. Trends in Hospitals have worked against this. Examples are disappearance of doctors dining rooms, loss of mess facilities and reduction in postgraduate meetings.

74% of consultants meet colleagues weekly or monthly to discuss work-related issues and only 3% said this never happened. However, 40% never eat meals at work with colleagues and 17% never meet socially outside work. Consultants at highest burnout risk met colleagues less either at work or socially and they reported feeling isolated at work.

What can we do to improve wellbeing among consultant physicians?

Our Colleges have been united in their view that we need to recruit more doctors from outside the UK in addition to developing a robust future workforce plan to reduce pressures on consultants. The plan must include a significant increase of medical school places and focus on effective job planning and facilitating flexible working, including keeping consultants working later in their careers. We set out our key proposals when we published the latest edition of the Physicians Census last year.

Other things employers can learn from this survey include:

Richard Hull FRCP (Glasg) FRCP (London) is a Consultant Rheumatologist in Portsmouth, and is the Honorary Secretary of the Royal College of Physicians and Surgeons of Glasgow.