Working Together for a Just Culture in Medicine

Our Honorary Secretary Richard Hull leads the College’s response to public issues. In this piece written for “College voice”, he reviews the work of the Independent Review into Gross Negligence Manslaughter and Culpable Homicide 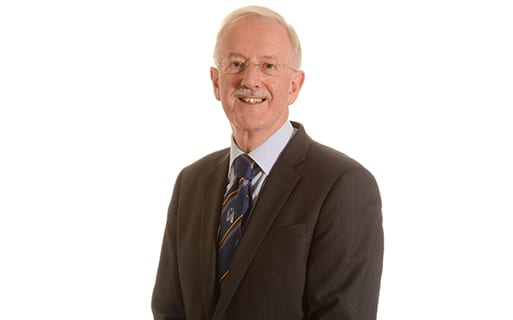 Our Honorary Secretary Richard Hull leads the College’s response to public issues. In this piece written for “College voice”, he reviews the work of the Independent Review into Gross Negligence Manslaughter and Culpable Homicide, which was chaired by Mr Leslie Hamilton commissioned by the General Medical Council. The review was established following the tragic death of six year old Jack Adcock at Leicester Royal Infirmary in 2011. This case led to the subsequent conviction for gross negligence manslaughter (GNM) of Dr Hadiza Bawa-Garba, the senior paediatric trainee involved in his case. The review’s final report was published in June 2019.

There is much to learn for everyone from this important report. While it is true that there are few cases which have developed into full prosecutions for gross negligence manslaughter, those that have reached the public domain have created clear often vociferous camps with opposing interests. This has created, as the report states, a situation of toxic fear amongst the medical profession and trainee doctors in particular, where they feel that whatever they do they will be blamed for any mistakes. The medical profession which is dedicated to caring for the public has felt very vulnerable. It is clear that often situational and personal circumstances, otherwise known as human factors have not been taken into account by health trusts and boards and the regulator, the General Medical Council (GMC) itself. In one recent case it was only a late intervention by the Court of Appeal which recognised the importance of looking at the whole environment around an incident.

It is also clear that the environment is different in parts of the United Kingdom. In Scotland, where there is the same toxic fear of being made accountable for factors beyond the individual doctor’s control, the threshold for prosecution for the offence of culpable homicide is different from gross negligence manslaughter in the English, Welsh and Northern Irish jurisdictions. There is a requirement for a “mens rea” – that is a mental intent to do malice and not just the physical act – which is not present in the other definitions. While out of the scope of the enquiry, it is clear that this issue needs to be considered at a higher level. Both Sir Robert Francis and Professor Sir Ian Kennedy are on record for supporting this view as did this review’s independent research on public confidence.

The practice of medicine is becoming even more complicated. It is no longer dependant on the skills and experience of one individual, but depends on a group of individuals with different regulators, or sometimes even no regulator, all working in a complicated health environment dealing with financial and commissioning constraints. Individuals’ performance may vary depending on many human factors, such as lack of sleep, poor nutrition or hydration. Work patterns, incomplete rotas, lack of handover and failure of support systems such as computers may add to the development of errors. In educational terms, doctors are now invited to reflect and learn from errors in a no blame culture. This is the way to promote good practice and reduce mistakes as has been shown in other arenas such as air travel. It is clear that in most instances no one individual is to blame for medical mistakes. It is more that circumstances lead to an environment where mistakes occur. Prevention must be better than prosecution.

Corporate bodies should also be held responsible if a potentially dangerous situation occurs. Corporate manslaughter in contrast has a much higher threshold for prosecution than gross negligence manslaughter. It is rarely used in medical situations. It is of note that there is no immediate formal societal response if a dangerous situation arises. Datix reporting can be a slow process and while it can be effective, it depends on the attitude of the Health Trust or Board. While organisations such as the Care Quality Commission or the Care Inspectorate review hospitals and health providers, this is often well after the event, so has little impact and too late to rectify processes. There is a need for formal regulation of Health Providers and Commissioners who will take immediate action. There’s also a need for regulation of non-medically qualified managers.

The report is clear that the way forward for individual doctors is for reflection and discussion of mistakes aimed at prevention or reducing them. There is a plea to make such reflections in portfolios and appraisal documents to be legally privileged with which we would concur. Working for a just culture is the way to go.

The GMC’s role should be to support doctors. In the past it appears that it has sought to punish them. It should promote education within its own organisation and within the medical profession. It needs to understand how errors can occur and how we can prevent them. It should lose its right to judge doctors. That is the role of the Medical Practitioners Tribunal (MPT) Service and we agree with both this review and that of Sir Norman Williams Report to the Secretary of State for Health and Social Care that it should lose its right of appeal to decisions of the MPT. Key is the principle of a no blame culture. The report is clear that the previous attitude of the GMC has at least been unhelpful, and at worst has compounded the situation of distrust by the public and the profession. The GMC will need to learn from its mistakes.

We also need to develop a more inclusive culture within the NHS as a whole and in the regulator in particular. BAME groups have felt particularly vulnerable, isolated and unsupported in these circumstances, and so better support needs to be put in place for these colleagues.

When events do occur, they should be investigated promptly internally with appropriate and independent experts. The report discusses the choice and responsibilities of these experts at this and other stages. Once the report is concluded, the conclusions should be embraced with an action plan.

The coronial service may be involved where death has occurred unexpectedly. It is vital that properly trained experts with good oversight are instructed. There is varying practice across coronial areas and the Chief Coroner will need to advise and make sure the service is delivered uniformly. Police investigations and the Crown Prosecution Service also need expert independent advice. In Scotland the Procurator Fiscal Service is seen to have developed a more constructive relationship with the medical profession, and so there is scope for other parts of the UK to learn from this approach.

At the same time, there is also a need for better training of medical expert witness and consideration given to accreditation. The royal colleges are well placed to deliver this, but given the strains on the NHS, doctors should be allowed time to train and perform this work. Health employers often restrict their consultants and will not allow them to do this vitally important task. Although the report suggestResponsible Officers may be the right person to advise on experts, they too may have vested interests and may not be independent as they represent the employer.

Our college recognises the considerable amount of work that Leslie Hamilton and his group has put into this document. There are lessons for us all. However, the GMC in particular needs to take a new path to support doctors to make health care in this country worthy and fit for the public. It should not be seen to punish doctors but more to support them through training and lifelong education once trained. It needs to be particularly aware of equality and diversity factors. If there is need for an enquiry, the GMC should support the doctor during that enquiry, then ensure that remedial action is taken if fault is found so that they can return to effective safe practice. Recourse to the Medical Practitioner Tribunal Service and the courts should be only used rarely and sparingly. Intent to do harm, that is malice, is a key requirement for prosecution, and the public consultation supported this approach. The current definition of gross negligence manslaughter is not fit for purpose when used in relation to medical issues, and so requires urgent reform.

The GMC must now immediately start to forge a new symbiotic relationship working with the medical profession and repair its past shortfalls. The GMC is not only responsible for maintaining the public trust in the provision of medical care but also for the trust of doctors in helping them to provide that care.

They must start work now to regain that trust.