Today’s #tipsfornewdocs is by Professor David Ross, our Director of Education and Honorary Secretary of the Faculty of Travel Medicine. 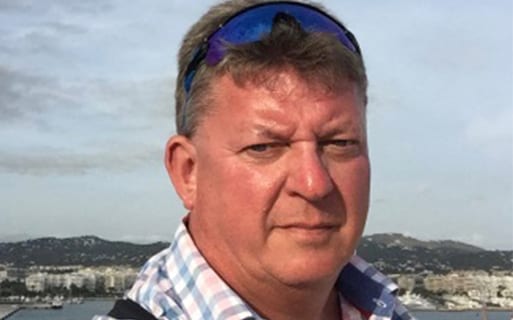 My First Day as a Doctor – What a Privilege!

Having scraped through my MBBS retakes I arrived at Queen Elizabeth Military Hospital, Woolwich to take up my first appointment as a Doctor. I had been sponsored by the Royal Army Medical Corps (RAMC) through my clinical studies at Barts but in reality, had had little to do with the Army until 1 February 1986. That was my first error! As a 1st Lieutenant and working in a military hospital the dress code was Barrack Dress. Unfortunately, I did not seem to have a uniform tie with me, so I improvised and wore a Green Tie! No sooner had I got on the ward I was told to take the tie off. Fortunately, it was acceptable to work on the wards without a tie – long before the issue of Infection Prevention Control and ties was ever discussed. My first lesson therefore is to always recce the place that you are going to work at and if possible, have a day or two of shadowing.

I was assigned to a General Medical Firm – three months cardiology and three months gastroenterology and tropical medicine. The consultants in charge both went on to be Major Generals and were leaders in their fields. Similarly, the two SHOs went on to have eminent careers in intensive medicine – despite one looking like Basil Fawlty! These four individuals undoubtedly inspired me and taught me more in 6 months than I had learnt in five years at medical school. As I look back perhaps my interest in Travel Medicine started then when seeing patients with rare tropical diseases that I had not seen in my training at Barts.

Day one required me to clerk in the routine admissions, arrange investigations as required and write up the drug charts. It was this last task that caused me most problem. Fortunately, there was a “fierce but friendly” Sister that “educated” me in this process. This was my second lesson – it is not only Doctors that can advise you – multidisciplinary teams are far stronger, and everyone has an important role. I also learnt the importance of taking my share in making “brews” for the staff.

Each week four Far East Prisoners of War were admitted for a health screen. Many had suffered illnesses from undetected Strongyloides and some had unresolved mental health illnesses. On day one I had to get to know these four patients. Many wanted to just talk about their experiences, which was cathartic in itself. Lesson three – remember it is more than diagnosis and treatment – many, particularly elderly, patients benefit from just talking to a doctor – whilst it may mean staying late, it is worth it. For me it was huge privilege to hear their stories.

Lunch time was very different then. Lunch was in the Officers Mess and this was the focal point for a sandwich and some downtime, unlike now where it is a rushed sandwich hunched over a computer screen. Later on, in my junior career, lunchtimes were dictated by watching Neighbours. Of course, each generation always looks back but for me there was far more comrade then as we all felt part of the team.

After lunch there was my first Ward Round to negotiate where we discussed the Senior Officers that had been admitted for their “health check” which included an Exercise Treadmill Test. Later on, I would supervise these tests and it took some time for me to hold my nerve to get individuals up to their maximum heart rate!

Some 33 years later there have been great changes in medicine – some for the better and some for the worse – but it is still that first day that made me truly realise what a privileged position I hold in Society and that if you respect patients and colleagues alike medicine is a hugely satisfying profession. I wouldn’t change anything that I have been lucky enough to do – although I do wish I could start all over again because it has gone all too fast!