Today’s #tipsfornewdocs is from Dr Arrianne Laws, who is a Specialty Registrar in Rheumatology/GIM (ST7) at Gartnavel General Hospital and Queen Elizabeth University Hospital. She is member of the College Council and sits on the Medical Education, Training and Professional Development Board. 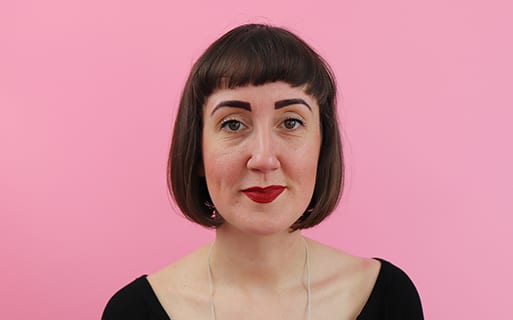 Dr Arrianne Laws is a Specialty Registrar in Rheumatology/GIM (ST7) at Gartnavel General Hospital and Queen Elizabeth University Hospital. She is member of the College Council and sits on the Medical Education, Training and Professional Development Board.

My First Days as a Doctor

I walked onto the respiratory ward, trying to remember the code for the doctors’ room door to put my bag down. It was all familiar as this was the hospital I’d spent most of the last three years in as a student, and I’d been placed on this ward pretty much doing the job of an FY1 for the last week. I tried to convince myself that this was exactly the same, only now instead of helping someone else, I was doing the job for real.

I started mentally listing the things I had to do: update the patient list ahead of the ward round, make sure I got the discharge prescriptions done first so people got home as soon as possible, be nice to the nurses, try and fit lunch in somewhere around that.

Someone interrupted this stream of thought, “Hi! The lab are on the phone with a result, you’re our new FY1 now aren’t you?”

“Yeah, you have Patient X on your ward? Their bloods this morning show a potassium of 9. I’m hoping it’s a contaminant but you should probably go and have a look at them and think about sending a repeat sample.”

At this point, my blood had run cold as I was hit with visions of tall, tented T waves, widened QRS complexes and cardiac arrest. I had no idea where we kept the calcium gluconate. And it was…10ml? 10%? I thought that was right. And insulin and dextrose! Did we have a cardiac monitor on the ward?

Luckily, the lovely person from the lab who had called me was right, and it was a contaminant (don’t take your purple EDTA sample before the U+Es!) and the patient was fine and my registrar and FY2 arrived soon enough and it was all resolved much to my relief.

The rest of that day passed uneventfully. I survived my first ward round, got the jobs done, got home less than an hour late and felt that I had this FY1 thing down. Nothing could stop me after the cool, (externally) calm way I’d dealt with the potassium result.

Day two. I was sitting at the computer, squinting at the board to add the new patients to the ward list. This was shortly before I realised I needed glasses. Another phone call from the lab.

“Hi there, do you have Patient Y? Yes? Great. Umm, I think they might have DIC. Do you know why they’re in hospital?”

At this point, I remember feeling like everything was happening quite far away as I imagined that scene from The Shining where the blood washes around the corner, with my patient somewhere at the centre of it as they exsanguinated. Time seemed to pass like treacle as I tried to find the new patient’s notes and it became increasingly apparent that they had urinary sepsis and they really might actually have DIC unlike my false alarm medical emergency patient from the day before. Luckily there was no cinematic recreation.

I have to admit that at this point my memory fails me and I vaguely recall that a friendly medical registrar arrived and coolly solved the problem as if it was no big deal. The patient did indeed have DIC but survived to discharge.

Shift number three was the first of a week of nightshifts: the number one thing I remember is the team. A bunch of slightly stunned new FY1s helping each other out, the FY2 and particularly the medical registrar checking in with us and making sure we were all coping. Early on one of the mornings in that week, I was called to see a patient who had developed pulmonary oedema and I initiated treatment and investigations and called the med reg. To this day I remember her telling me what a good job I had done and how she was really impressed with how we had all managed with our first on-calls as actual doctors. I bet she doesn’t even remember it but that comment has stuck with me and is a reminder of the impact small things can have.

There were a lot of less dramatic, and sometimes downright boring times, spent signing and filing paper results or waiting in a queue with a handful of request cards for my turn to be quizzed by the on-call radiologist for the day.

The lessons I learned in those first few days have stuck with me: patients come first, the team is the centre of what we do, make sure you look after yourself and others, and look for the small positives in every day. At the centre of everything are the people, be they those that I remember working with and admiring and wanting to be more like them, and those that I have very specifically tried not to emulate.

Overall, Medicine is a great job and a huge privilege and if you hold onto that and your values, then you can get through anything work throws at you.