In April this year research by Christina Sabbagh from Obesity Action Scotland on the dangers of “social media influencers” on weight loss hit the front pages in the UK and across the world. Her research showed that a significant proportion of the information found online which claimed to assist weight management was inaccurate or misleading. Here’s her account of her work, and the worldwide media storm which followed the presentation of the reports abstract in Spring 2019. 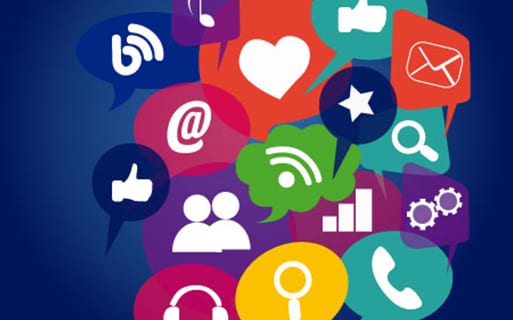 In April this year research by Christina Sabbagh from Obesity Action Scotland on the dangers of “social media influencers” on weight loss hit the front pages in the UK and across the world. Her research showed that a significant proportion of the information found online which claimed to assist weight management was inaccurate or misleading. Here’s her account of her work, and the worldwide media storm which followed the presentation of the reports abstract in Spring 2019.

“What do you mean by ‘social media influencers’?” asked my supervisors in the first meeting for my masters research project. I began to explain…

Back in 2017, I started the Masters of Medical Science course in Human Nutrition at the University of Glasgow, choosing to specialise in obesity and weight management. The last three months of the course consisted of an individual research project, followed by a dissertation. Presented with a list of options, I picked out a recipe analysis of celebrity cookbooks. I wanted to add my own twist, however, and as I was interested in the impact social media influencers might have on marketing, diet and obesity, I proposed a new project, which was accepted. I wanted to examine the attributes and characteristics of social media influencers, and their blogs, in the weight management sphere, while also assessing their credibility.

Fast forward to April 2019. My project supervisors had encouraged me to submit two abstracts to the 26th European Congress on Obesity, which in 2019 was to be held in Glasgow at the SEC on 30 April to 3 May. Both abstracts had been accepted and here I was, preparing to present my findings to an international audience – easily the most nerve-wracking and exciting presentation of my life so far. I had been told that my research had been chosen to be included in the ECO press release, and so I was invited to present at a press conference the day before my ‘real’ presentation. Although I knew that this meant there would likely be some media reports the following day, I could not have predicted the scale of the response that was to follow.

As the name suggests, social media influencers can be extremely influential; they are able to connect with their followers and shape their attitudes and behaviours. In weight management, this could be a problem as there is no requirement for them to be qualified in any way. They could be spreading opinion-based advice, rather than evidence-based, which could encourage the spread of misinformation. This misinformation could act to undermine efforts of evidence-based campaigns by, for example, public health organisations. Also, if they provide recipes that are high in calories but claim to help with weight loss, this might hinder any weight loss attempts by those following the blogs (and I found very high calorie recipes)!

I identified UK-based weight management influencers through a series of comprehensive online searches, narrowing it down to those who fit our inclusion criteria; for example, they were required to have an active weight management blog with more than 50% physical activity or nutrition-related content. They were also required to be ‘verified’ on at least two social media networks and have over 80,000 followers. I then assessed each influencer and blog against twelve credibility indicators, under the themes of ‘transparency’, ‘use of other resources’, ‘trustworthiness and adherence to nutritional criteria’ and ‘bias’. These were set as yes and no questions, with yes a ‘pass’ and no a ‘fail’. These were then reported as a percentage, with an acceptable pass rate of >70% chosen to ensure those who passed achieved most indicators. I also evaluated ten meals from each influencer against Public Health England’s (PHE) ‘One You’ calorie reduction campaign and the UK Food Standards Agency’s Traffic Light Scheme (2016).

Only two of the nine were adequately qualified, and only one had a formal degree in nutrition. This influencer was the only one to go on to pass the checklist, with 83%. Many of the recipes were very high in calories, for example, one influencer had a breakfast of over 1062kcal and an evening meal recipe of over 1500kcal, and in their FAQs stated that this plan would help someone lose weight. Five influencers also failed to provide evidence based references for nutrition claims or presented opinion as fact, whilst five failed to provide a disclaimer, even after the onset of GDPR.

Overall, the study results suggested that social media influencers blogs are not always credible resources for weight management. Popularity and impact of social media in the context of the obesity epidemic suggests that all influencers should be required to meet accepted scientifically or medically justified criteria for the provision of weight management advice online.

Immediately after the press conference, I was asked to give a video interview to MedScape. Other journalists who had been at the press conference then contacted me to ask follow-up questions and arrange further interviews. At the same time, I received an email from the press officer telling me to prepare myself for what was to come.

By the afternoon, I had given written interviews to several media outlets, as well as voice interviews to be aired across almost every radio station in Scotland, and some in the wider UK. As would be expected, by the time I got home that evening I was completely exhausted. I had also been ill throughout and, until the day before the press conference, had completely lost my voice. By the end of the night it had gone again, and I hadn’t even presented my research yet!

The next day was the day of my presentation. I had set my alarm for 6am so that I could get some practice in; however, this wasn’t to happen. More media requests began flooding in. I spent the early morning answering questions by email and phone, until I had to leave my Air BnB to get to the SEC. As soon as I arrived I checked my Twitter account and saw that many people were tagging me to say that my research had made the front-page of the Metro! By the time I arrived at the SEC I had found out that it was also front page of the Daily Express and was being reported by almost all UK media outlets, including Sky News and the BBC. It even went ‘viral’ on Twitter! Celebrities were posting it alongside their views. Well known faces in the field of nutrition and dietetics were sharing it, alongside their own tips on what to avoid online.

While all of this was happening here in the UK, through the social media coverage I started to get requests through from other countries, from students, academics and media outlets asking for interviews, collaborations and help with research. Soon, it had gone global, with my findings being reported online and on TV all over Europe, Canada, US, Mexico, Brazil and the Middle East.

The response was completely overwhelming, and I could not have predicted the scale of it. It was a series of firsts for me: my first academic conference, my first time presenting in front of so many people, my first time giving interviews and dealing with the press. I hadn’t received any media training previously, so it really was a case of learning on the job!

As far as the media reports went, I did see the irony in some of the inaccurate reporting, considering the topic of the research. It also shows just how quickly information can spread over social media. I had to contend with a few Twitter trolls along the way, but overall, the response was extremely positive, and the experience rewarding.

Going forward, I would like to see some stricter regulations surrounding social media influencer output, particularly in weight management. Social media moves so quickly, and regulations have not kept up. Although the online environment is very difficult to regulate, we need to be including it in all policy discussions, making sure that any policy and regulatory changes made offline are reflected online, so that we are not just displacing the problems.

I am currently working on finalising one of the manuscripts of the research, alongside my co-authors, Drs Alison Parrett, Catherine Hankey and Emma Boyland, with the aim to start the publication process as soon as possible. It now seems to have been given a second-wind, and in June I completed filming for a TV show that will air across 35 TV channels in the US!

This article was originally published in our membership magazine “voice”. College Members can access full content via the links on their membership dashboard. Limited content is available to non-members to view.