John Sturrock QC has been described as “universally regarded as Scotland’s finest mediator” and is rated as one of the leading professional mediators in the UK. Who’s Who Legal describes him as “internationally recognised as a major player in this area”. He recently gained further prominence in the healthcare sector when his report to the Scottish Government “into Cultural Issues related to allegations of Bullying and Harassment in NHS Highland” was published last year. 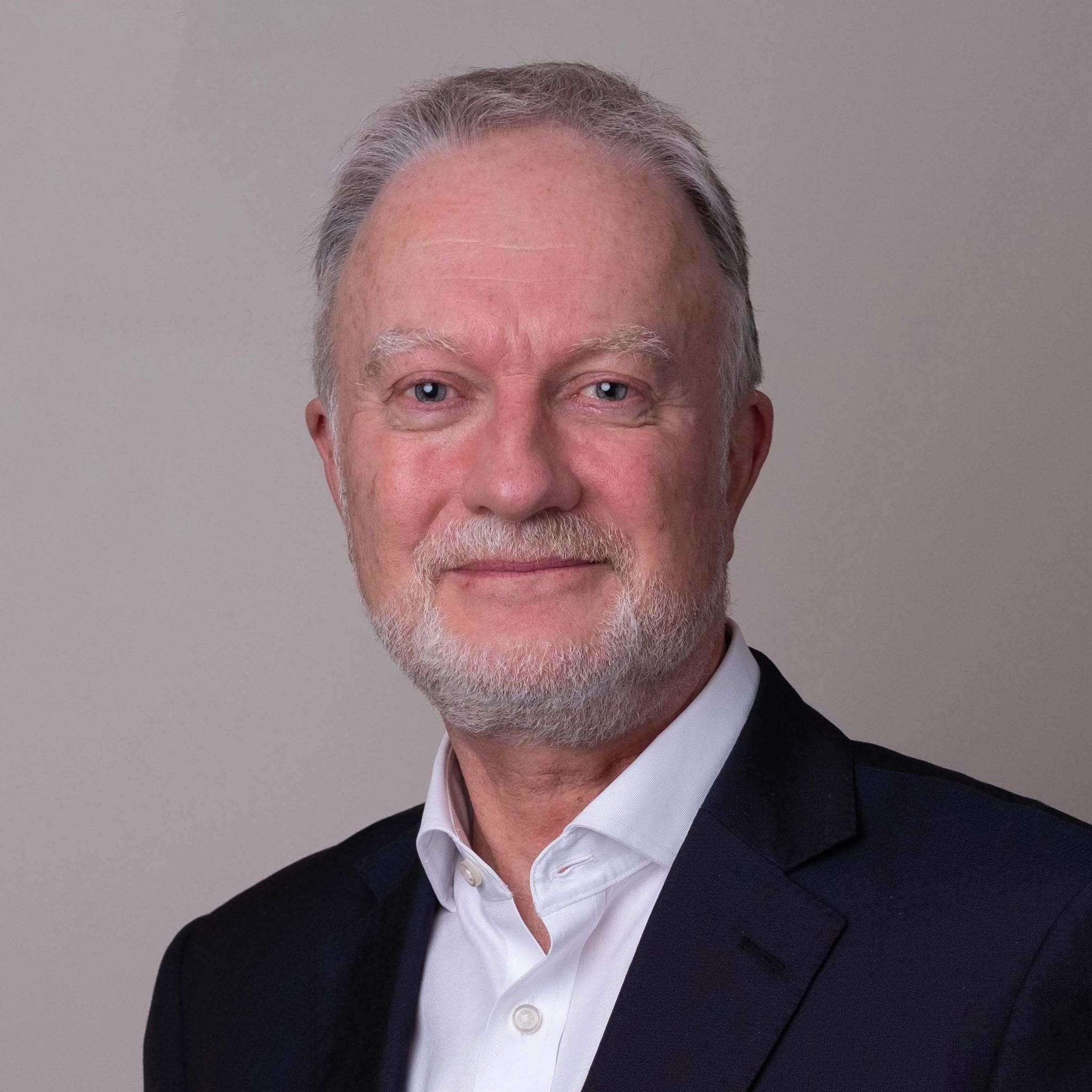 John Sturrock QC has been described as “universally regarded as Scotland’s finest mediator” and is rated as one of the leading professional mediators in the UK. Who’s Who Legal describes him as “internationally recognised as a major player in this area”. He recently gained further prominence in the healthcare sector when his report to the Scottish Government “into Cultural Issues related to allegations of Bullying and Harassment in NHS Highland” was published last year.

In the latest edition of our membership magazine “voice”, John Sturrock QC answered questions from our Public Affairs Manager John Fellows. These answers are below and College Members can read the full edition of “voice” by logging into their online dashboard.

Do you think the publication of your report was a cause for optimism or pessimism within NHS Scotland?

I hope it was a cause for optimism, at least at the time. It gave people an opportunity to reflect on why things had occurred as they had, and what might be done to achieve a better situation in the future. It recognised the hurt that many people had experienced and brought to the surface concerns that had been present for a while but had not been expressed. People who had suffered inappropriate behaviour were given a voice. At the same time, the report sought to move away from merely attributing blame, towards a deeper understanding of the underlying causes, both structural and local, and to encourage a more empowering, compassionate approach to leadership and engagement in the organisation.

Do you think the broad issues raised in your report were confined to NHS Highlands, or are these the types of issues that you see in other sectors and organisations too?

I have little doubt that many of the issues which became apparent in NHS Highland are widespread and experienced in many large organisations, in the NHS and the public sector generally, and in the private sector. It would be interesting, for example, to draw comparisons with the situation at RBS before the financial crash. At the same time, there are issues which are special to a place and its environment, including geography, culture and history. I go into all of this in detail in my report.

In your experience, are issues relating to bullying more or less prevalent in society and the workplace than they used to be?

I don’t have the answer to that. I have had conversations with some people in the medical world who suggest that hierarchies and abuses of positions of power were an even stronger feature of the NHS in the past. Your readers will be more aware of that than I am. Undoubtedly, however, there is anxiety in society these days as the world becomes more volatile, uncertain, complex and ambiguous. I sense that this may be affecting people at an existential level more than perhaps we realise. Fear can lead to inappropriate behaviours. It may also be the case that we are now both more aware of, and less willing to accept, behaviour which we see as inappropriate.Pointing it out will make it appear more prevalent. That must generally be a good thing, but it does mean we have to be thoughtful about the judgments we pass and the way we handle a different world from what went before.

I also sense that people feel under considerable pressure at all levels in the workplace and that this generates behaviour which can seem aggressive and self-protective, and be perceived as bullying by others. I tried to explore some of this in the chapter on human nature in my report. Through disciplines such as neuro-science and behavioural psychology, we now have a much better understanding of how and why we act and react as we do when under pressure, feeling threatened or frightened. We need to use that knowledge wisely and sensitively. The key, I believe, is to understand rather than condemn.

I am not really in a position to judge this adequately. Nearly all of the responses which I saw from within NHS Highland were complimentary and encouraging. I know that the Board wished to tackle the issues. The Board issued very strong public acknowledgments of the situation. Outside the Board, I have been privileged to speak to many others involved in the NHS in Scotland and indeed more widely in the public sector. It is humbling to me that the response to my report appears to be almost universally positive. The real question is how well are people doing in moving towards implementing changes?

Are you assured that each of these groups are acting on the recommendations you’ve made? If so, why, if not, why not?

I am not involved in the follow up work so cannot offer an informed view on this. I am sure people will be trying their best. But I appreciate that this is hard work, with proposals which are really difficult to implement in practice when there are so many other priorities and demands on time and resources. It will take courageous and imaginative leadership at all levels to achieve the kind of change in attitude and culture which the report commends.

If acted on positively, how long should it take to fully implement your recommendations and make the changes needed to establish a positive working culture for all?

This is not a “let’s fix it and move on” situation. The kind of cultural and leadership challenges which arise are lifelong; treating people with compassion and kindness is an enduring mission, and providing the necessary training and support requires long term commitment. There are short term steps to take, of course, but shifting from a culture where there is fear and blame, combined with command and control, to one of compassion and empowerment, enabling and trust, involves underlying shifts in behaviour that are not just about introducing new or more systems or processes. Adult conversations and adult relationships are not easy for many of us who are accustomed to a more transactional way of operating. We do need to focus on, as one person put it, “the people who look after the people.”

And, of course, we must not forget that many thousands of employees, in all sorts of situations, exhibit just this kind of supportive behaviour towards colleagues and patients every day already. There is so much to learn about good practice from within the NHS itself.

Our College President is contributing to the Scottish Government’s Short Life Working Group which was established to look at how the NHS can better develop and support open and honest workplace cultures. What else should membership and educational organisations like ours be doing to support our Members and Fellows to develop positive workplaces?

I believe that everyone needs to learn how to build really effective relationships in our work and professional practice, how to address sensitive and difficult issues well and nonadversarially, how to have “better conversations” about what really matters, and how to be civil and respectful to each other while also being rigorous about what is important in, for example, patient care (including when things go wrong). The book, Black Box Thinking, by the Times journalist Matthew Syed, made a big impression on me when I first came across it (some time before undertaking this review). His description of how the aircraft industry came to terms with dealing with and avoiding serious incidents, and his contrast with the health service, is a salutary one. If you can continue to build the attributes mentioned above strongly into your education and training programmes, I would hope you would see really tangible benefits over time, as the aircraft industry has shown.

If you could give one piece of advice to our individual Fellows and Members following the publication of your report, what would it be?

Find time to acknowledge your colleagues, especially if there has been a tough situation. Make a point of thanking them and reassuring them of their value to the organisation. Accept that they may see things differently from you and that their point of view may be just as valid as yours. Ask them how they feel and be willing to really listen to them. And also be prepared to explain, rather than merely assert, what you believe to be important.

Is there anything else that you’d like to say to our Fellows and Members (who are mainly hospital consultants) on this topic?

You do really important and outstanding work. You are all, I assume, trying your best in what are often very difficult circumstances. It seems so easy for others to criticise you, and for you to feel undervalued, in a profession in which you can hardly ever achieve everything that people might expect. It might be useful for there to be a resetting of expectations about what you can realistically do. Perhaps we need a public conversation about what sort of health service we really want, alongside deep appreciation of the care you bring to what you do already.