Professor Jackie Taylor has completed her tenure as President of the Royal College of Physicians and Surgeons of Glasgow. Announced at the College’s Annual General Meeting on Friday 3 December 2021, the post has been handed over to Mr Mike McKirdy. 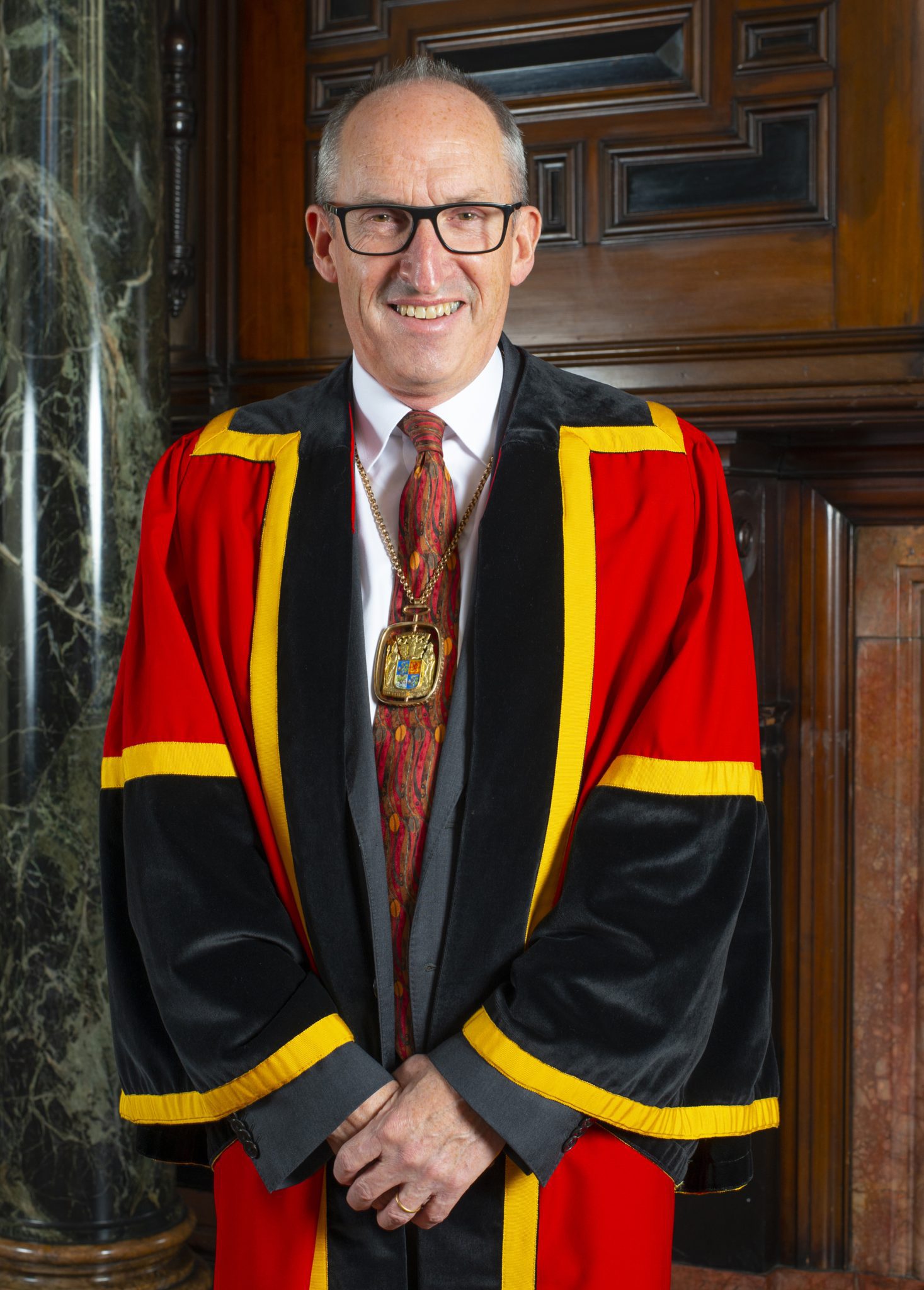 Professor Jackie Taylor has completed her tenure as President of the Royal College of Physicians and Surgeons of Glasgow.

Announced at the College’s Annual General Meeting on Friday 3 December 2021, the post has been handed over to Mr Mike McKirdy.

Professor Taylor, who has worked in formal College roles for more than 20 years, including Honorary Secretary, Vice President (Medical) and Director of Professional Services, made history as the first ever woman in the College’s 422-year history to be elected to the role.

Professor Jackie Taylor commented: “It was an incredible honour to be elected as the first female President of the College in its 422-year history and to receive that vote of confidence from my peers.

“I chose to focus on the three key areas of workforce, wellbeing and inclusivity during my Presidential term. These have always been issues which are close to my heart but became even more important during the pandemic.”

During most of her Presidency, Professor Taylor continued to be a working clinician, acutely aware of the challenging nature of clinical work and workforce shortages that were exacerbated by the pandemic. She has been relentless in calling for action to address workforce planning and flow that lead to chronic workloads, staff shortages and low retention rates in the profession. This has included co-authoring a report on workforce challenges and solutions, which was published before the pandemic, and a more recent report on Planning, Supply and Retention solutions to address the medical workforce challenges.

Professor Taylor continued: “The wellbeing of our profession is of great concern to me and is clearly related to workload and many other factors. As a College we have worked hard to develop our own wellbeing resources, but also to tirelessly highlight the vital importance of caring for our staff.”

The College has run a number of campaigns during her Presidency, most recently the Rest and Food campaign, highlighting the need for basic rest and catering facilities in hospitals. It has spoken out repeatedly on wellbeing issues and lobbied for the development of the Workforce Specialist Service. As a huge believer of peer support and mentorship, the College has also developed programmes in these important areas.

As President, Professor Taylor spearheaded the development of an Equality and Diversity policy and launched an Inclusion Advisory group, as well as initiating a Leadership development programme to encourage people to ensure the voices of underrepresented sectors are heard. She leaves the new President, Mike McKirdy in a strong position to continue tackling these core areas.

Mike McKirdy was previously Professional Advisor to the Scottish Government’s Global Citizenship Programme, a pioneer of development of breast cancer services in the Clyde area of the West of Scotland and National Clinical Lead for Breast Services. His formal College roles include Vice President (Surgical), Director of Global Health and Chair of the HOPE Foundation.

Commenting on his election, President Mike McKirdy said: “It’s an honour and privilege to continue Professor Jackie Taylor’s outstanding work and be elected as President of the Royal College of Physicians and Surgeons of Glasgow.  I look forward to working for the Fellows and Members of our College.

“What a remarkable time it was for Professor Taylor to commence a Presidency focused on wellbeing of the workforce, to be met shortly after with a global pandemic. Jackie has worked tirelessly to deliver exceptional work across these areas, which are extremely important as we begin to map out how we restore and renew health services across the UK, and other parts of the world as they recover from COVID-19.”

In his new role at the College, which was founded by Scottish surgeon, Peter Lowe in 1599 President McKirdy recognises that there is still work to be done on wellbeing of the workforce and inclusivity and he will also look to strengthen College’s programmes on Global Health and climate change.