It is with great sadness that the death of Ian T Jackson was announced on Sunday 2 August 2020. 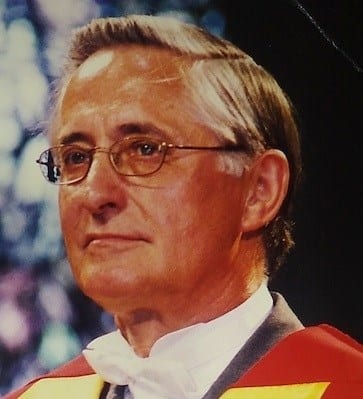 It is with great sadness that the death of Ian T Jackson was announced on Sunday 2 August 2020.

Ian was born in Glasgow on 24 December 1934. He was educated at Eastbank Academy in Shettleston and graduated from Glasgow Medical School in 1959. After completing his Internships and Residency at the Glasgow Royal Infirmary, he  went on to train as a Plastic Surgeon in the region. He attained his FRCS from the Royal College of Physicians and Surgeons of Glasgow in 1964 .

He was appointed as Consultant Plastic Surgeon at the West of Scotland Plastic and Maxillofacial Unit at Canniesburn Hospital, Glasgow in 1968. Here he gained international recognition for his work in cleft lip and palate and also for advancing techniques in craniofacial reconstructive surgery. The Unit gained an international reputation as a centre of excellence for reconstructive surgery.

Professor Jackson was active in medical volunteer work and during this time while in Peru in 1976 he met a three year old boy, David, who has been abandoned at birth. David had a significant facial disfigurement where he had no upper jaw or nose due to Noma. With the help of a Swiss charity he was taken to Glasgow where Ian undertook a number of innovative and challenging reconstructive procedures over a number of years totalling almost 80. David was subsequently adopted into the Jackson family.

This became the subject of a number documentaries by the BBC between 1980 and 1999 which captured the publics’ imagination particularly of Glaswegians who took David as to be one of their own.

Professor Jackson then moved to the USA in 1979 where he became Chair of the Dept of Plastic and Reconstructive Surgery, Mayo clinic in Rochester, Minnesota. He later moved to Michigan in 1989 where he founded the Craniofacial Institute at Providence Hospital in Southfield.

He was an enthusiastic teacher and educator who was active in training the next generation of surgeons. His 1985 book, Local Flaps in Head and Neck Reconstruction remains one of the outstanding textbooks in its field, used by many surgeons today. His bibliography, talks, lectures and orations fill many pages.

Professor Jackson was a prolific contributor to world of plastic and craniofacial surgery attaining numerous awards and accolades. Awards included the Sir Harold Gillies Gold Medal from the British Association of Plastic Surgeons and he was awarded Honorary FRCS by our College in 2002.

Professor Jackson is survived by his wife, Marjorie, and his five children.