Previewing our next free webinar: Health professionals and the climate crisis

Both UK and international experts in climate change and health will feature at the Royal College of Physicians and Surgeons of Glasgow’s latest webinar at 6pm (GMT) on Thursday 19 November 2020. 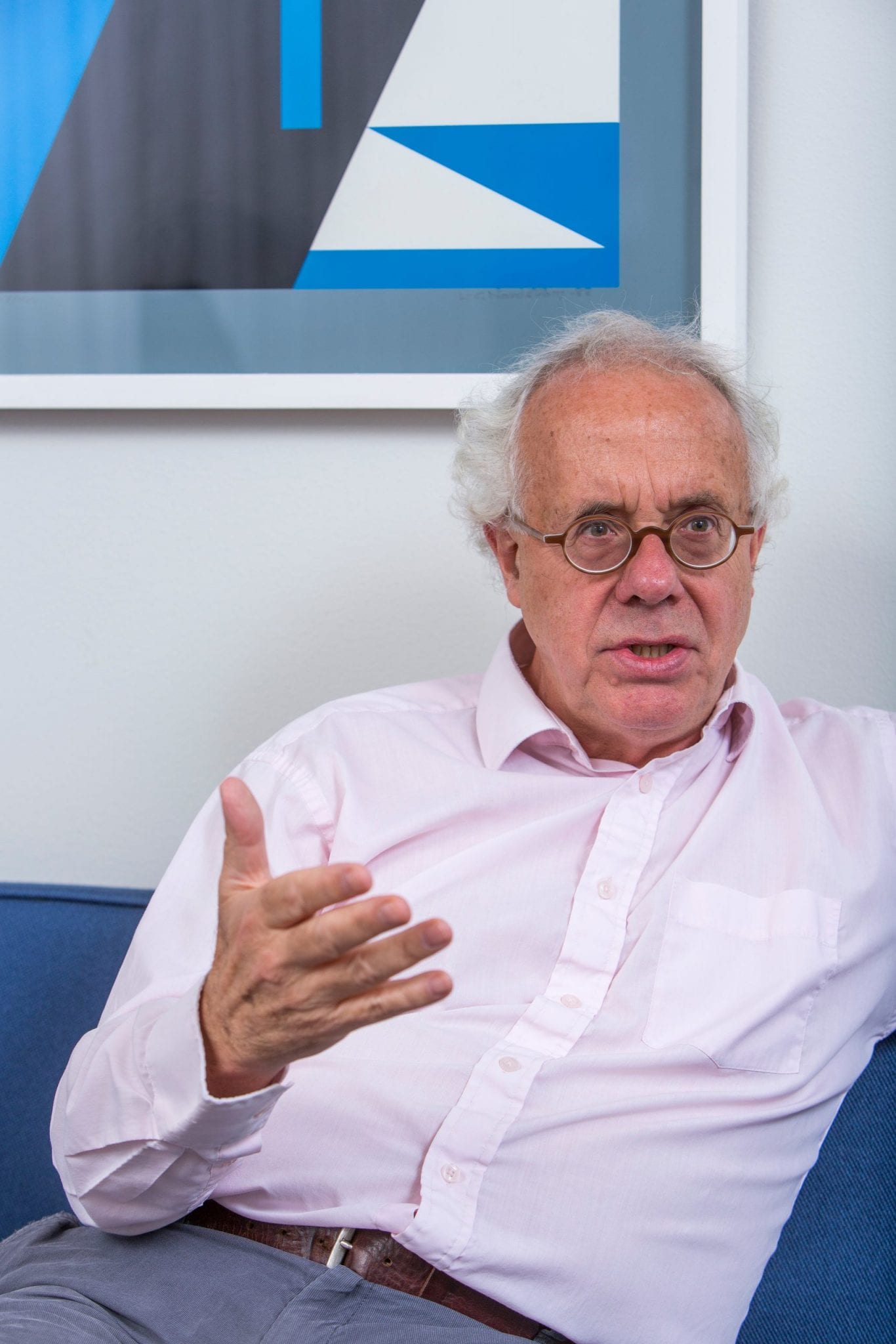 UK and international experts in climate change and health will come together to feature at the Royal College of Physicians and Surgeons of Glasgow’s latest webinar at 6pm (GMT) on Thursday 19 November 2020.

One of these speakers is Dr Richard Smith CBE, the chair of the UK Alliance on Climate Change. In the latest editon of our membership magazine “voice” Dr Smith explained why the current climate change emergency concerns health professionals across the globe, and why Royal Colleges should play their part in combatting this challenge.

Speces are still available for this free online event. Book your place now via our main website.

As I write this in early September 2020, half a million people are fleeing “unprecedented” forest fires in Oregon, while two million acres of California are burning compared with just over 100,000 in 2019, itself a bad year for fires. Earlier that week the United Nation Secretary General said that we are “doomed” if countries cannot cooperate on cutting greenhouse gas emissions. In the same week the World Wildlife Fund reports how wildlife populations have fallen by more than two-thirds in less than 50 years, and scientists have described how channels in the ice in the Antarctic may mean that melting ice will raise sea levels even faster than currently predicted. Unfortunately, this is not an unusual week. Bad news in the climate crisis comes regularly, whereas good news stories are scarce.

COP26, the annual United Nations meeting on climate change, will be held in Glasgow in November 2021 (after being delayed by a year) and will be a particularly important meeting where countries will have to share their commitments for getting to carbon net-zero by 2050.

Meanwhile, the world and particularly health professionals are understandably preoccupied with the COVID-19 pandemic. The pandemic has the same origin as the climate crisis, human’s troubled relationship with nature. The pandemic will eventually pass, as have the other pandemics of the past millennia, but the change in the climate will not pass (well, not for millions of years), and we need to make changes now to avoid a catastrophe.

Both the World Health Organization and the Lancet have called climate change the world’s major threat to health (1 2). Climate change is already causing suffering and premature death because of extreme weather, sea-level rises, extension of infections into new areas, crop failure, water shortages, forced migration, and the air pollution that accompanies climate change. (3) This is all set to become dramatically worse if we do not manage to reduce greenhouse gas emissions.

The Intergovernmental Panel on Climate Change, an instinctively cautious body, warned in 2018 that we have less than 15 years left to reduce greenhouse gas emissions to keep global temperatures below 1.5°C above pre-industrial levels, a level that should avoid what the IPCC calls “extreme climate change.” (4) In order to keep the global temperature below the 1.5°C increase the world has needed to reduce greenhouse gas emissions by about 7% a year, (4) but they have been increasing by about 7% a year (5).

Fortunately, what is good for mitigating climate change is also good for human health (3). To mitigate climate change we need to drive and fly less which means exercising more, which is good for health (transportation accounts for just over a quarter of greenhouse gas emissions). We also improve our health by eating less meat and more plant-based foods, which in turn reduces greenhouse gas emissions from food (about 14% of global emissions). Recognising that we are part of nature and cherishing it more is good for our mental health.

Health systems, unfortunately, are important emitters of greenhouse gases. The US health systems accounts for about 12% of emissions, while the NHS produces 5-6% of Britain’s emissions. Even more unfortunately the emissions of almost all health systems are increasing not falling (6). The UK is a leader as the NHS is the only health system that has committed to reducing its carbon consumption. The NHS in England is about to publish a detailed plan on how it will get to net-zero as rapidly as possible (7). It’s important to understand that net-zero cannot be achieved simply through changes to energy supply, buildings, procurement, and transport but will necessitate changes in clinical practice. Health professionals must lead those changes.

Health professionals are well suited to be leaders in combatting the climate crisis. They have scientific training, which means they are better able than many to understand the science that underpins climate change. They are more trusted than any other group, particularly after the bravery they have shown in countering the pandemic, and they interact with millions of citizens every day. Then the threat to health and the positive benefits to health from a low carbon life are probably the best way for citizens to be motivated to act on climate change. In many countries health workers outnumber other group of employees, and the actions they and their families take as individuals can have a sizeable impact – and they provide leadership by example. Finally, health professionals have global networks, and mitigating climate change demands global action.

When trying to influence international organisations and governments health professionals have a stronger voice if they speak together. That was the thinking behind forming the UK Health Alliance on Climate Change (UKHACC), which I chair. The Alliance is five years old and includes most of the royal college in the UK, including those of nurses, physicians, surgeons, and general practitioners, and the BMA, the Lancet, and the BMJ.

Altogether the members of the Alliance have some 650,000 members, a sizable proportion of the workforce of National Health Service. The Alliance was part of pressuring the British government into committing the country to achieve net zero by 2050, and we are currently campaigning on the Environment Bill, air pollution, and recovery of both the NHS and the economy to create a sustainable future.

Mitigating climate change requires change at every level, and health professionals speak with more authority if they themselves and their organisations, including the colleges, are changing. We didn’t until recently have any of the colleges based in Scotland as members, but the Royal College of Surgeons of Edinburgh have now joined. Indeed, we are organising with them, the London college, and other colleges a working party on net-zero surgery. We hope very much that the Royal Glasgow College of Physicians and Surgeons might join that project and the Alliance.

Places on Climate Change & Health Webinar: Challenges & Solutions are free but limited. They can be booked through our website.

Some parts of this article overlap with a paper Richard Smith wrote for the British Association of Physicians of Indian Origin. Richard Smith is the chair of the UK Health Alliance on Climate Change and a former editor of the BMJ.