It is with great sadness but happy memories that we are reporting the death of one of our dental fellows and past secretary of our Faculty of Dental Surgery James (Jim) Rennie. Few dentists in Scotland will not have known or heard of Jim, who was larger than life both professionally and at a personal level. 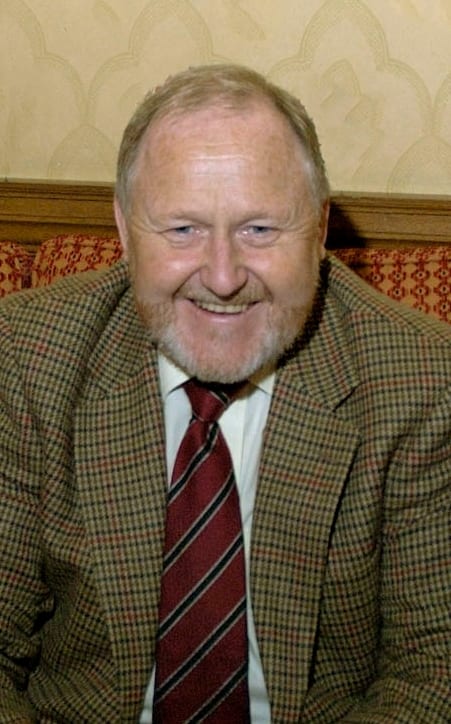 It is with great sadness but happy memories that we are have to report the death of one of our dental fellows and past Secretary of our Faculty of Dental Surgery James (Jim) Rennie. Few dentists in Scotland will not have known or heard of Jim, who was larger than life both professionally and at a personal level.

The latter is, of course, much more important than the former, but first, you should know something about his huge contribution to dentistry in Scotland.

Jim was born in Coatbridge just outside Glasgow and followed his father into dentistry qualifying from Glasgow in 1972. He was married to Ann (Dr Ann Campbell) for 32 years before her death in 2008. His two sons Gavin and David have five young grandchildren which were the focus of Jim’s life after he retired in 2011.

Jim spent his academic dental career as an Oral Pathologist in Glasgow Dental School, having qualified from that institution in 1972. He became involved in postgraduate dental education in the early 1990s.

He played a key role in the development and implementation of a national strategy and resource allocation for dentistry. His greatest achievement was his delivery of the retention and recruitment strategy, including the building of 17 new large dental centres, in Scotland, to deal with the lack of access to an NHS dentist. Jim was pivotal in leading the highest quality education and training for all dental professionals. He was extremely ingenious in finding the funding necessary to achieve these goals.

What of his achievements in the role as postgraduate Dean? There are so many, too many to mention but a few include:

All this work solved the dental access problem in Scotland and was done with a great team that he built up, managed, supported and trusted. He was always keen to surround himself with experts and enthusiasts. In the year of his retirement, 2011, he was awarded a CBE in recognition of his contribution to dentistry. He also had a dental education centre in Glasgow and a lecture theatre in Inverness named after him.

His professional legacy will probably never be bettered and his support for the concept of the dental team is now embedded in the profession. He was a team man.

So, let’s get down to the nitty gritty, Jim the man. The first thing to write about is his family. The deepest family ties you could imagine. Jim had the strongest marriage of anyone we have ever known. Ann and he supported one another through thick and thin and he was devastated at Ann’s premature death in 2008. She was a rock. Jim knew that when he came home all the stress of his responsibilities could be cast off.

Jim was a great supporter of people at all levels. Always a ready smile and a guffaw and encouraging words whoever was in his presence! He could always get the best out of people. His high levels of emotional intelligence made him a people’s person without doubt. He always made a point of learning people’s names, and a little bit about them and had great expertise at gathering social intelligence.

As you can see, he was a highly skilled and tough negotiator and a strong motivator. He was comfortable with risk and would not suffer fools gladly. His other attributes included, of course, leadership. Like really good leaders he developed his teams, listened to others and carefully deliberated before making decisions. His formidable intelligence, tough negotiation skills and incisive questioning helped him to understand develop and deliver the right strategies which helped deliver his professional successes.

Outside of work, Jim was well read. He had an enthusiasm for sport throughout this life and unsurprisingly, excelled in many of them. In his younger days, it was competitive squash, and he had a single figure golf handicap for most of his adult life. He was a member of the Royal & Ancient Golf Club of St Andrews and the Golf House Club in Elie. Jim was always fond of Elie and first went there on his holidays when he was at school. He had a holiday home since the late 1970s and lived there, full time, in retirement.

Salmon fishing was a huge passion. It suited his character and played to his strengths requiring significant technical ability, a competitive element, providing infinite stories and experiences and plenty of camaraderie. For many years it was the Upper Oykel but from the early 90s he went every year to his beloved River Naver in Sutherland, even standing in as a ghillie for the landowner one year when they were short!

Jim was keen to learn about everything, even about birds and Scottish art. He had many interests as many know, particularly fishing and golf. His musical tastes were eclectic, and he enjoyed good food and wine. Although fishing was his primary passion, he was comfortable with many other sports and pastimes.

Jim was always keen to embrace new experiences, and pushing his comfort boundaries, he even went beyond hill walking to try rock climbing.

As many will testify, he was very competitive. To play Risk with Jim was a nightmare – he had to win, and woe betide if he thought you were winning. He was an enthusiast about life and was always profoundly optimistic and always looking forward to the next challenge.

He was always a considerate and a very generous man and great company, and occasionally he would wind you up without mercy, but only if you were capable of tormenting him with reciprocal banter.

Of course, there is never enough time or print space to outline all Jim’s attributes. He was a one-off. Hardworking, generous in spirit and anxious to improve peoples’ oral health and lives. I doubt we will see his like again.

We would very much like to pay tribute to Jim’s sons, Gavin and David. You could not wish to meet more personable, upbeat and friendly people. They were Ann and Jim’s diamonds, and they are a huge credit to their parents. Jim was absolutely devoted to his five grandchildren.

What a fabulous legacy to leave.

Many of us will want to raise a small dram to remember him and his legacies….. but make it a good one as Jim was also a member of the Scottish Malt Whisky Society!