Professor David Galloway, the President of the Royal College of Physicians and Surgeons of Glasgow has announced the results of the election for college office bearers. 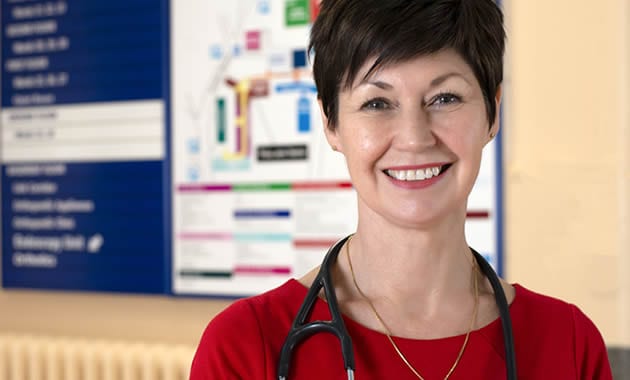 Professor David Galloway, the President of the Royal College of Physicians and Surgeons of Glasgow has announced the results of the election for college office bearers at the College’s Annual General Meeting in Glasgow this evening (Friday 1 December 2017). The College is the UK’s only multidisciplinary royal college, and supports members from across the world in upholding the highest medical standards and professionalism.

Dr Jackie Taylor will now assume the role as President-elect for a period of one year, before taking on the three year term as President of the College in December 2018 when Professor Galloway’s term comes to an end.

Addressing members in Glasgow, Professor Galloway set out the progress made by the college over the past twelve months, and congratulated all new office bearers on their success. Speaking from the College’s historic premises in St Vincent Street, he said:

“I am absolutely delighted to welcome Dr Jackie Taylor to the role of President Elect for our College. Her position will be truly historic as she prepares to be the first woman President of the College in our 418 year history! I think it is a wonderful outcome to our election process and as I really look forward to working with Jackie for the next year, I offer my warmest congratulations and very best wishes for a successful Presidency in due course.”

“It is wonderful to congratulate and welcome Alison Lannigan and Dr Hany Eteiba to their respective roles as newly elected Vice Presidents of our College in their respective disciplines. Both have been involved before, have solid experience and bring tremendous talent and vision as we tackle the challenges and seize the opportunities ahead.”

“The past year has been one of enormous progress for the College. Our membership has grown to over fourteen thousand members from eighty-four countries, and we’ve delivered over one hundred educational courses and conferences in addition to holding seventeen College exams in forty three separate centres across the world.”

“At the same time we’ve increased the size of our staff team in Glasgow by around twenty percent to ensure that we can further improve our educational services, while adding further value to what is already the best value membership of any of the UK’s medical royal colleges.”

“While our growing membership continues to face a range of challenges from a combination of financial, demographic and political factors in Scotland and beyond, our college is in better shape than ever to be able to support them throughout their career.”

“I feel hugely privileged to have been elected to the post of President Elect, and in particular to be the first woman to have been given this honour. I look forward to building on the legacy of the College and leading it into an exciting new era.”

The full results of the College’s elections, as announced today at the Annual General Meeting are:

Jackie Taylor is a Consultant Physician in Medicine for the Elderly based at the Glasgow Royal Infirmary.

Dr Taylor was elected by her fellow members on a platform that the College must use its independent position to ensure optimal recruitment and retention of staff and excellence in service delivery.

Dr Taylor has a longstanding involvement with the Royal College of Physicians and Surgeons of Glasgow as a Council Member, Honorary Secretary and Vice President Medical. She has played an integral role in developing the Mentorship Programme and Regional Advisors network, and was also clinical lead for flagship educational events including our innovative Triennial and Medicine 24 conferences.