Professor Graham Ogden, the College’s most senior dentist, has been awarded the 2019 IADR Distinguished Scientist Award in Oral Medicine & Pathology Research Award, one of the highest awards in dental research. 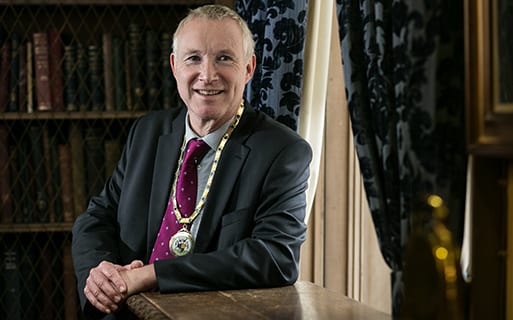 Professor Graham Ogden, the College’s most senior dentist, has been awarded the 2019 IADR Distinguished Scientist Award in Oral Medicine & Pathology Research Award, one of the highest awards in dental research.

“I am deeply honoured to have received this award from IADR, which represents colleagues from around the world,” said Professor Ogden. “It is obviously very nice to be the focus of such recognition from one’s peers. It also shows the impact Dundee has made in dental research and the international reputation we hold.”

Professor Ogden is Dean of the Dental Faculty in the Royal College of Physicians & Surgeons in Glasgow, and Chair in Oral Surgery at the University of Dundee. He completed his PhD on `cytoskeletal and nuclear morphology of normal and malignant oral epithelium’ at the University of Dundee and his post-doctoral research focused on effect of alcohol on cell function and morphology.

Since then, he has published more than 100 peer-reviewed publications on the topic of oral cancer ranging from basic science to chair-side management.

For raising public awareness and contributions to professional education on oral cancer, he received the 2012 Ian Stevenson Award for Public Engagement with Research from the University of Dundee. He won the Senior Colgate Prize in 1992 for his research on “oral exfoliative cytology” awarded by the British Society for Dental Research and represented the United Kingdom as participant at the IADR Hatton Awards in 1993.

The Oral Medicine & Pathology Research Award is one of the highest honours bestowed by IADR. The Award recognises outstanding and sustained peer-reviewed research that has contributed to the understanding of the mechanisms governing the health and disease of the oral cavity and associated structures, principally encompassing skin, bone and the oral soft tissue. The award consists of a monetary prize and a plaque.

About the International Association for Dental Research

The International Association for Dental Research (IADR) is a nonprofit organisation with over 11,400 individual members worldwide, dedicated to: