In a guest post by our Honorary Librarian, Dr Morven McElroy looks at the stories of the first women licensed to practice medicine and surgery at the College in the 19th century. 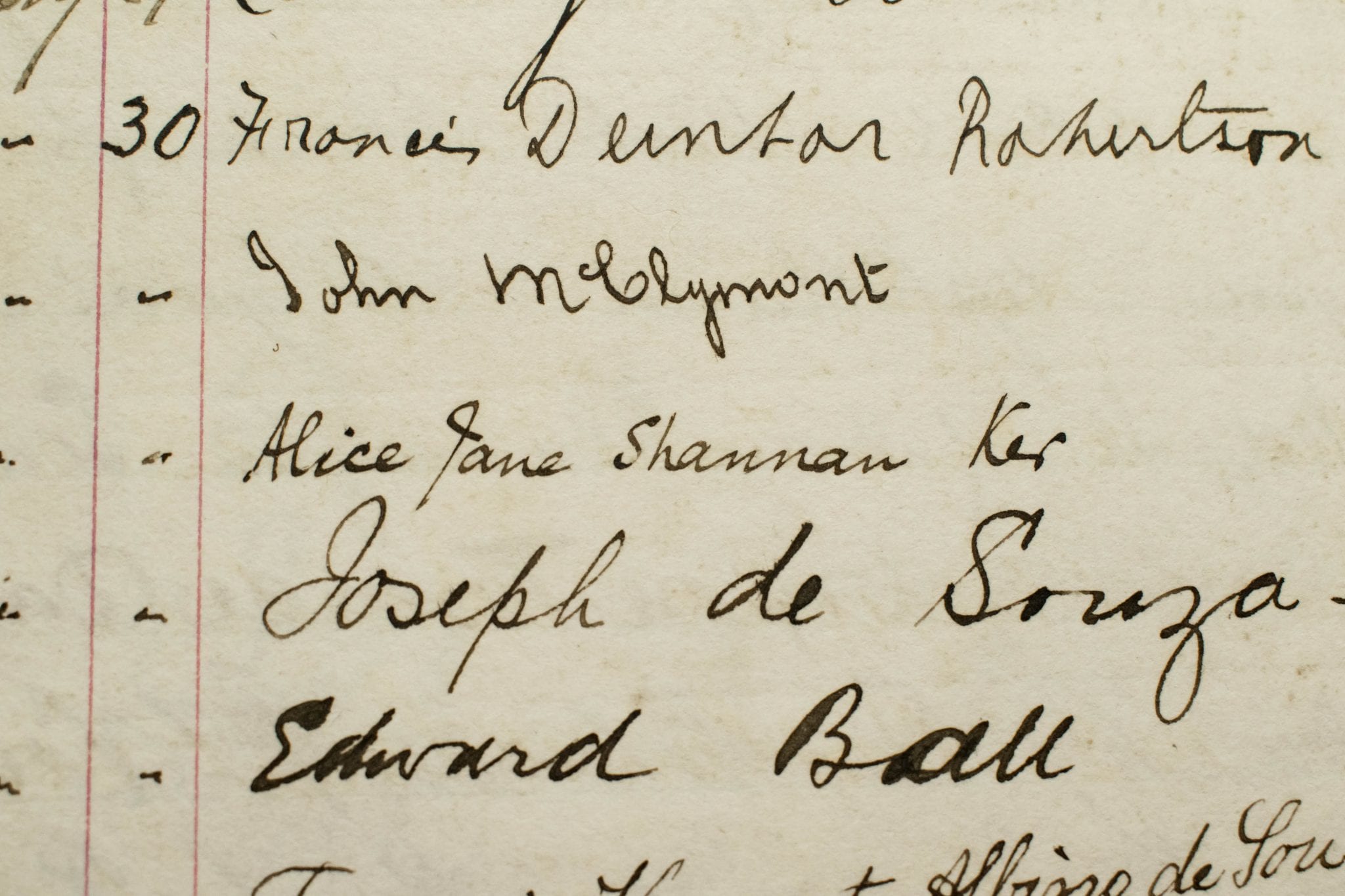 In her new guest post, Honorary Librarian Dr Morven McElroy looks at the stories of the first women licensed to practice medicine and surgery at the College in the 19th century.

I have found that the role of Honorary Librarian at the College takes you down many different paths as the historical collections are so diverse. Our history maybe not so much! With the first female president appointed in December 2018, I thought looking at our record on women in the College would be a good thing to explore. I have to admit I feel that women haven’t been very welcome in our College until recently (for example, the first female toilets weren’t installed until the 1950s). I immediately thought about our portraits and artwork but hit a bit of a dead end there. We have portraits of 3 women – Her Majesty, The Queen, Princess Alexandra and Princess Diana. We are a Royal College after all! We also have a painting of College Council from 20 years ago (our 400th anniversary was 1999) and in that there is Professor Hazel Scott (now one of our Vice Presidents – Medical) as the lone female. You can spot a few past presidents in there too!

Not looking good so far…

Women were licensed by the College as far back as 1740, to practice midwifery (just search our blog for previous posts on the history of midwifery). However, in this post I’ll focus on the women licensed to practice medicine and surgery in the 19th century.

She was born in Deskford, Banffshire in 1853. She became a licentiate of Kings and Queens College of Physicians of Ireland (now the RCPI) in 1879 and then gained an MD in 1880 from Berne. In Scotland the first woman to graduate in Medicine from a University wouldn’t happen until July 1894 (Dr Marion Gilchrist from the University of Glasgow). I am still trying to track down a copy of her book “Motherhood: A Book for Every Woman” which was published in 1891 and a second edition in 1896. There is a copy in the National Library of Scotland, but I would love a copy of my own! There is a great review of it here.

She was a suffragette and was imprisoned in Holloway prison in 1912. She wrote a poem that became part of an anthology called “Holloway Jingles” published that year by the Glasgow branch of the Women’s Social and Political Union. Her poem was called “Newington Butts were lively” and it can be sung to the tune of Annie Laurie. Also looking for a copy of that publication too! It can be found on the superb People’s Voice website.

Two women tried and failed to become fellows at this time. Elizabeth Adelaide Baker was born around 1867 in South Africa. There is an entry in the Council minutes from March 1897 recording her attempt to become a fellow. Jessie McLaren Macgregor (1863 – 1906) was the second woman to graduate in Medicine from the University of Edinburgh in 1896, having already achieved the triple qualification in 1892. She worked with Elsie Inglis. Unfortunately she failed in her attempt to become a fellow of the Glasgow College in 1905. There is a prize for Women in Medicine named after her that is awarded from the Royal College of Physicians of Edinburgh. Dr Macgregor died in 1906 in Denver of acute cerebral meningitis at the age of only 42.

My next post in this series will look at the College’s first female fellow, the Bengali surgeon Jamini Sen.

This guest blog was originally posted on our Heritage Blog.