In a series of webinars, our college has examined what the impact of COVID-19 will be on the operation of NHS services, and what secondary public health challenges are emerging from this crisis. This feature has been taken from the latest edition of our membership magazine “voice”. College Members can read the full magazine by logging into their online dashboard account. 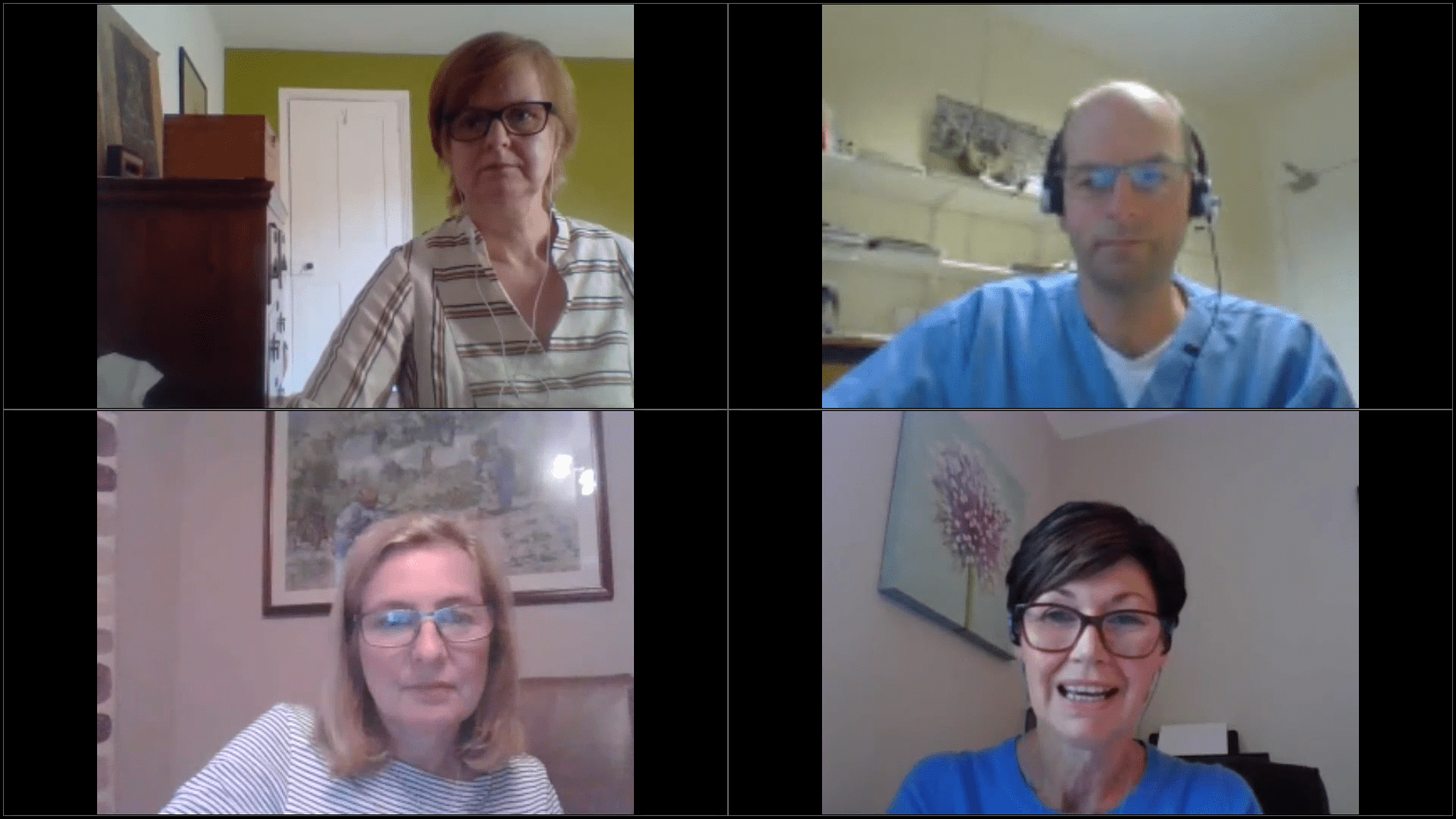 In a series of webinars, our college has examined what the impact of COVID-19 will be on the operation of NHS services, and what secondary public health challenges are emerging from this crisis. This feature has been taken from the latest edition of our membership magazine “voice”. College Members can read the full magazine by logging into their online dashboard account.

Since the initial spread of the coronavirus COVID-19 at the beginning of this year, health care systems across the globe have been engaged with their response to a critical, and at times fast moving public health emergency.

In the UK, the four health services were quickly mobilised against this deadly virus to an extent that few would have thought possible only months before. Former employees were re-employed, hospitals were re-configured and NHS systems re-designed in a mere matter of weeks in an extraordinary co-ordinated effort to ensure that the system would not be overwhelmed with what was at one point an exponentially rising number of patients requiring critical care.

At the time of writing, while the pandemic continues to grow across the world, the number of cases in the UK are slowly decreasing. Although the threat of a “second wave” of new cases here has ensured that public health advice remains in place to limit the spread of the virus, health services are increasingly turning their attention to the future. Over the past few weeks there’s been a new focus on how we can restart urgent, planned and elective care in the NHS, one in which our college is playing its part in working with governments and other royal colleges and health bodies to ensure that robust planning is in place to help us transition safely to the next phase of this crisis.

The primary concern of our membership remains ensuring that our patients are safe, and that they feel secure in seeking medical support. We know that in addition to the cancellation of planned and elective care, less patients have been seeking the advice of their GP or visiting the local Accident and Emergency Unit, often because they felt it was unsafe to do so while the county was in the midst of a public health crisis.

In the past couple of months many members and fellows have highlighted the positive role that the increased number of virtual and remote consultations have played in patient care (it was a key feature in our recent membership survey) but for many health care professionals face to face contact will continue to form an essential part of their work. As services are restarted, there will be an ongoing need for infection prevention and control measures and social distancing rules. Not only do patients need to be reassured that these measures are effective and in place, but their implementation will have a significant impact on our services’ capacity to provide inpatient and outpatient activity.

At the same time, it’s clear that the public health measures which have been put in place, in addition to the suspension of many NHS services, will have a knock-on effect on the health of the population for some considerable time to come. In our recent series of webinars and bite-sized online learning, our college has sought to bring together experts in a range of fields to try to better understand these secondary effects of COVID-19.

At a recent webinar hosted by the college, consultant hepatologist Professor Ewan Forrest noted that the research company Nielsen projected that global sales of alcohol have increased by 291% during the pandemic, while the UK’s Office for National Statistics have published research which shows that while UK supermarkets increased sales by 10% over this time, specialist alcohol retailers saw their sales increase by almost a third in the same period. This increase has been reflected in the results of the Global Drug Survey which reported the results from a survey of 40,000 people in the early part of lockdown. This survey reported that a significant number of people had reported an increase in their drinking habits at this time. This is significant for a number of reasons.

The immediate impact of this worrying trend on our health service can be seen in the number of people presenting at hospital with the effects of alcohol withdrawal, and the adverse impact that increased alcohol consumption can have on the development of Adult Respiratory Distress Syndrome, which would increase the risk of COVID-19 in these patients. We have also seen increased levels of depression, anxiety and stress felt by those with alcohol use disorder when faced with the additional challenges of coping with isolation and a reduced level of specialist medical support.

Professor Forrest also predicts a delayed effect of the current crisis on patients with alcohol-related conditions. Recent research from the US has also shown that the number of patients who have been hospitalised by alcohol- related liver disease significantly dropped at the beginning of lockdown, a problem which has been exacerbated by the fact that those who have presented are those who have more serious cases of the disease. We can expect that those who have been reluctant to seek urgent medical help at this time may also develop more serious conditions over time.

Finally, the long-term implications of COVID-19 on alcohol-related disease may present an even greater challenge given the overall increase in problem drinking and the health problems associated with this.

The mental health effects of COVID-19 were discussed in a recent piece of e-learning led by Dr John Mitchell, a Consultant Psychiatrist and Principal Medical Officer Psychiatric Adviser in the Scottish Government. During this crisis the Scottish Government has published a series of briefings on this topic to inform policymaking in this area, and this has shown that levels of public anxiety and low wellbeing have declined and stabilised after peaking near the start of the lockdown process.

A further concern of government and others is that the impact of change has not been evenly distributed throughout the population, and have exacerbated existing health inequalities.

“These impacts will not be evenly distributed” says Dr Mitchell. “There are similarities between those groups most affected by COVID-19 and the mitigation strategies and those where mental health problems are more prevalent, including those with a long-term condition or who live in poverty and deprivation”.

Prior to the pandemic rising public awareness of mental health issues meant that demand for these services already outstripped supply, a situation which could deteriorate as formal anxiety and depressive disorders caused by the current public health situation emerge, alongside higher expected rates of substance misuse, traumatic reactions, self-harm and suicide. While suicide rates are expected to decrease in the short-term as a result of the social cohesion created by the collective stress faced by our society in dealing with the pandemic, they are expected to rise in the long term.

“For example, in times of war suicide rates drop. But suicide rates go up when people feel separated or anonymous, when they feel fearful, anxious and hopeless.” As a result of these factors, government will require to develop a response to this which has a joint focus on population wellbeing and mental ill health, and which is designed to have a population approach alongside targeted support for at risk and vulnerable groups. This will not be without challenges, but Dr Mitchell is hopeful that developing a more effective multiagency approach, along with increased use of digital technology to meet with patients outside the more traditional clinical environment will be seen as positive steps.

As our societies readjust to the “new normal” of life with COVID-19, at least in the short-term, health care services in the UK and beyond will need to ensure that their work is ready to deliver in this updated reality. Though our networks of members our college will continue to play our part in highlighting key learning, sharing best practice and standing up for the profession as we get down to the job in hand.