Addressing the Challenges of Diabetes in India 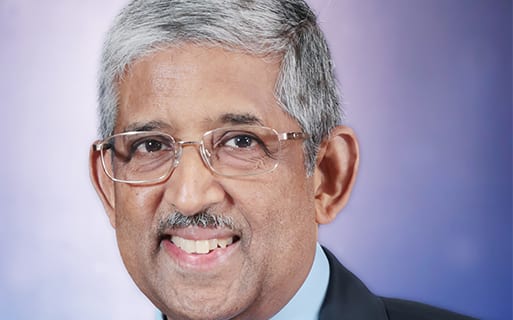 Dr V Mohan, MD, FRCP, Ph.D. D.Sc is the Chairman and Chief Diabetologist, Dr. Mohan’s Diabetes Specialities Centre Director, Madras Diabetes Research Foundation, Chennai, India. Dr Mohan is the first recipient of the College’s Clinical Leadership Award which was awarded in May 2019. You can get more details on our range of Awards for Scholarships here.

Diabetes has become a huge public health problem in India. With over 72 million individuals with diabetes already in 2011, this number is predicted to increase to 134 million by the year 2045. Thus, India is all set to become the ‘Diabetes Capital of the World’! It is not just the magnitude of the problem of diabetes in India that is worrisome. There are several other challenges including lack of adequate specialised manpower and the inability of the health system to provide optimal health care to millions of people who are at risk of developing end stage complications of diabetes like blindness, renal failure, amputations, heart attacks and stroke. Finally, the fact that for 70 – 80% of patients in India, healthcare is provided by private medicine meaning out of pocket expenditure. It is against these challenges that our work in the field of diabetes in India must be viewed.

A brief walk down memory lane will introduce readers to our work. Thanks to my father Professor M Viswanathan who is considered as the ‘Father of Diabetology in India’, I was privileged to start working in the field of diabetes even as an undergraduate medical student. Remarkably, even as a first year medical student, I got the opportunity to help my father set up the first private diabetes centre at Chennai in South India in 1971. After completing my undergraduate and postgraduate medical education, I worked as a Wellcome Research Fellow at the Royal Postgraduate Medical School and Hammersmith Hospital, London, doing research on diabetes in South Asians living in the UK and comparing them with White Caucasians. My work helped to understand (at least partly), the reasons for the increased susceptibility to diabetes in the South Asian community.

After returning to India, I found that the prevalence of diabetes was growing rapidly in India, first in the cities and later in rural areas as well. For example, in the city of Chennai, the prevalence of diabetes which was 2% in the 1970s, climbed steadily and today it affects over 24% of the adult population of Chennai. The ICMR-INDIAB study, which is the largest national study on diabetes, as well as the Global Burden of Diseases study in India showed that diabetes has now increased in all 31 states and Union Territories of India with highest prevalence rates in the more affluent five southern states and in Goa. The other epidemiological trend that we noticed recently is that in urban areas of the more affluent states in India, diabetes now affects poor people more than affluent. There are two other worrisome aspects about the epidemiological transition of diabetes in India. Firstly, diabetes, once considered a disease of middle and old age, soon started affecting young adults and today it even affects children. Secondly, diabetes which was until recently a disease of urban India, is now rapidly moving to its villages. This has serious health implications, as in many rural areas specialised diabetes care is not available.

In order to tackle the diabetes epidemic in India, we have taken up several leadership initiatives:

Some of our innovations which have helped to improve diabetes care in India include the following:

In summary, it is satisfying to note that by providing the right leadership to initiatives involving healthcare, research, education and charity in India, we were able to develop successful programs which if scaled up can help to tackle the diabetes epidemic in India.