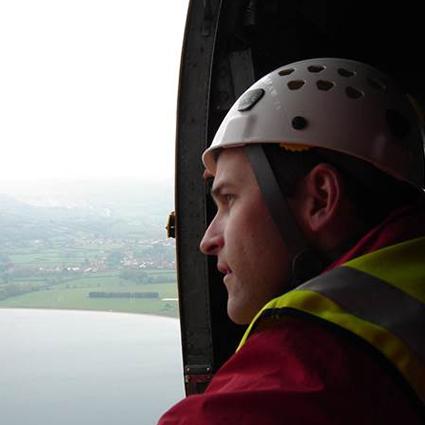 Paddy is an Anaesthetic Consultant in Bristol's Major Trauma Centre; Critical Care Doctor with Great Western Air Ambulance; Consultant with the Emergency Medical Retrieval and Transfer Service Cymru; and until recently he was a technical rope and water rescue technician with Avon and Somerset Search and Rescue. He has undertaken expeditions to Arctic Greenland, Africa (north, west and east) and medical support expeditions in Europe and South America. He has been medical advisor to various expedition endurance projects including the "Bristol (children's) English Channel Swim", "Virgin Global Row" and the "Engelandvaarder – North Sea Kayak" expedition. He instructs on numerous trauma, anaesthesia, critical care, human factors and resuscitation courses both in-hospital and the pre-hospital environment. In addition he has authored several book chapters, and international position statements on these subjects. Including the recent edition of the Oxford Handbook of Expedition and Wilderness Medicine
He is a member of the International Lifesaving Society (ILS) medical advisory committee, member of the International Drowning Research Alliance, honorary medical advisor to Surf Lifesaving GB (including representation on the UKSAR medical group), and sits on the Royal National Lifeboat Institute's Medical & Survival advisory Committee. He is a frequent lecturer for the University of Leicester's Diploma in Mountain medicine and the University of the West of England's critical care and paramedical science courses. Current research activities include cold water immersion and drowning with the Extreme Environment Laboratory at the University of Portsmouth where he is also an Independent Medical Officer.