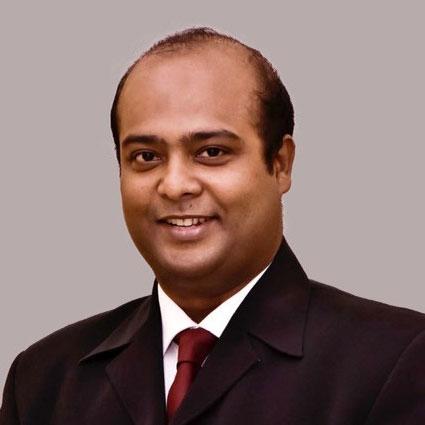 Wahab earned his Masters in Oral & Maxillofacial Surgery in 2008 at Saveetha University and his Ph.D. in Oral Cancer in 2018. He had passed his MFDS and MOMS examinations in 2008 and passed the FFDRCSI in 2015. After, he became a Fellow of the RCPSG in 2016. He was also awarded Fellowships at the Royal College of Surgeons of England, Edinburgh, and a Fellowship of the International Board for the Certification of Specialist in Oral and Maxillofacial Surgery.

Currently, Wahab is the Professor and Head of Craniofacial Surgery at Saveetha Medical College. Here, he is the Program Director for the Diploma in Orthognathic Surgery and the Pro-gram Supervisor for Fellowship in Maxillofacial Trauma. In addition, he guides Ph.D. research in collaboration with the University of Glasgow on novel projects.

Clinically, Wahab is affiliated with leading hospitals, working as a Chief Consultant at Dr. Mehta’s Hospital, SIMS Hospital, and Apollo KH. Wahab has worked with the RCPSG for 15 years. Since 2009, Wahab has been coordi-nating MFDS and MOMS examinations with RCPSG, becoming an examiner for MFDS in 2016. He currently serves as an International Dental Advisor of RCPSG.

Beyond affiliations with universities and teaching positions, he is connected and engages with NGOs such as rotary clubs and operates with Smile Train, a leading international charity and organisation that treats cleft and craniofacial cases in children.