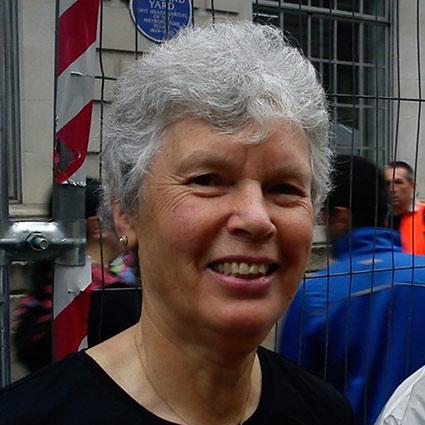 Jean initially trained at the London Foot Hospital. She became one of the first 5 practitioners in the UK and Europe to be awarded a BSc(Hons) in Chiropody (the term used to describe our practice, in those days). She went on to gain an MA in Manpower Studies at the University of Westminster, and later a PhD at University College, London University. She was one of the first Podiatrists to gain Independent Prescribing rights.

Jean has worked continuously throughout a long and varied career that includes NHS clinical and management posts, University lecturing, lecturing in CPD both nationally and internationally, and latterly as the Podiatry Consultant to the Royal Hospital, Chelsea. She is the author of the popular “illustrated dictionary of Podiatry and Foot Science”, co-authored “Problems in Podiatry and Dermatology’, has contributed several chapters to various podiatry textbooks, has published many papers, and has presented widely at conferences both in the UK and abroad. Throughout her career, Jean has also maintained a private practice, and is proud to describe herself as a ‘General Practitioner’

She was appointed as one of the founding cohort of Fellows to the Faculty of Podiatric Medicine of RCPS(G), has served on the FPM Education Board and was elected as a member of the FPM Executive Board in 2020.