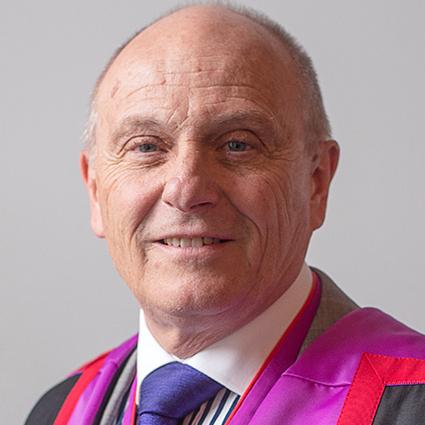 Professor Robert Ashford retired in 2015 from an academic career spanning thirty-eight years. During that time, he held various positions in various schools of podiatry including: Glasgow, Huddersfield, Northern Ireland and West Midlands. Prior to retiring, Robert spent 21 years at Birmingham City University, and was honoured on leaving by being awarded Professor Emeritus status.

During his full-time academic career, Robert published 130 academic papers, and presented at many national and international meetings. He is currently a visiting professor at Staffordshire University and works with Middlesex University on their international professional doctorate programme. He continues to practice in a number of private practices in the West Midlands.