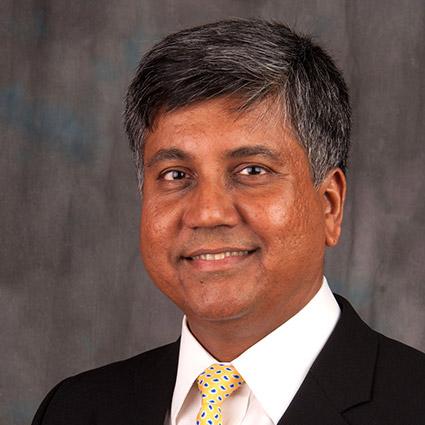 Abhay Rane MS FRCSGlasg(Urol) graduated from Poona University in India in 1983, and trained in urology in the United Kingdom and the United States. He was appointed to his current post as Consultant Urological Surgeon at Surrey and Sussex NHS Trust in 1999.

In the College he has served as Ordinary Councillor, Associate Director (International) and Regional Advisor.

He is Visiting Professor at Canterbury Christchurch University, Kent and Clinical Professor at two prestigious US Universities: Keck School of Medicine at the University of Southern California and the Icahn School of Medicine at Mount Sinai, New York. He is an advisor to the National Institute of Clinical Excellence (NICE) and has worked as the national urology representative to the NICE Interventional Procedures Advisory Committee. He is elected to the Board of the European Section of Uro – Technology of the European Association of Urology and is a Director of the Endourological Society. A former Council member of the British Association of Urological Surgeons (BAUS), he represents BAUS at the International Member Committee of the American Urological Association.

Abhay was appointed by Her Majesty Queen Elizabeth II as Officer of the Most Excellent Order of the British Empire in the 2014 Honours List for services to laparoscopic surgery.

He has keen interests in surgical education, training and mentoring and the role that College performs nationally and internationally in these contexts.